I’ve been pondering an essay for quite a while, years even, and I’m finally going to write it.  FINALLY.

The rough outline is how accepting money for something you love changes things.  Sometimes for the better (yay, I paid the mortgage!) and sometimes for the worse (oh noes, I have to knit again, dang!)

I have many loves in my life – I have a rich life and I love easily – but high up on the list is my love of knitting.

I don’t say a love of fiber (although I DO love fiber) because there are parts of the fiber world that I’ve held myself separate from.

Spinning, for instance, has escaped me.  Not because I don’t think I’d love it, but because I know that my lungs react very badly to floating fibers (I’m no longer able to knit with mohair or angora – at least, not without a respirator!)

But knitting – that’s a pure love.  Crochet is a love, too, but a separate love.

Crochet is like an aunt I love to visit, and sometimes I feel I love her more than knitting (my own mom) but when push comes to shove, I just feel more comfortable with knitting.  But I like to spend my summer vacations with Crochet and hear stories about Knitting when she was a kid, and sometimes I like to complain about Knitting to Crochet because I know it won’t go any farther…

I’m lucky that I’ve been able to pay the mortgage with my knitting chops for many years, although I’ll admit it’s been a thin ride the past few years.  This is for many reasons, but mostly because I just haven’t put the focused energy and effort into my knitting / design career recently that I did for the first 8 years of this century.

And THAT is due to many things.  At the risk of proving my 5th grade teacher right and falling into my natural ‘excuse maker*’ role, I’ll list some of these reasons…

1. Exhaustion.
It just gets – well – tiring to push, push, push the designs.  I feel as though I’ve taken a year+ off from the pushing, and it’s time to get back to the rock and the uphill path.

2. Health (my own and family heath).
I have allowed things to stand in my way, and I’ve enjoyed it sometimes, too.  But I enjoy creating, designing, more than almost anything.  So it’s time to get back on that horse.

3. Laziness.
This is different than exhaustion, this is just me being not as hard working as I should be.  Sometimes laziness shows itself by a lot of busywork – ironic, but true.

4. Inspiration (or rather, lack of…)
I’ve found it difficult to be as inspired as I used to be.  There may be many reasons for this, but the upshot is that I’ve tried to use my down time to re-ignite the spark that keeps me designing.

This last reason – Inspiration – is the most fragile card that holds up my little design house. 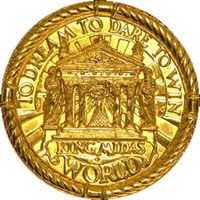 When inspiration hits, it’s a beautiful thing.  Taking that inspiration, converting it into a do-able project and keeping the excitement going until the last word of the pattern is written and the last line of the schematic has been drawn, well – that’s the hard part.

And that’s the hardest part.

Sometimes, just for fun, I’ll just knit.  I’ll cast on and just GO.  And even though I’m just making a quick hat, a mitten, a scarf – something for ME only – I still find my mind counting, figuring, resizing.  My brain goes on auto-pilot, determining-without-really-trying what number is most easily divisible and will therefore be the BEST number to use in a pattern (after all, resizing a pattern begins from the moment I begin thinking about the cast on!)

I try to turn this skill off – to cast on a devilishly hard number to multiply so my brain will just give up – but my mind continues to force it.  My brain will snicker to me “Okay, so you insist on casting on a multiple 10 instead of 12 (the magic number)  Well then I’ll just force your hands to work up an 8 stitch pattern with 2 ‘gutter’ stitches that will repeat easily!   Mwa ha ha ha!”

So I’m never entirely able to escape this, “Let’s recreate what I’m doing in 6 sizes!” skill that I’ve developed in my brain.  It’s a gift, but it gets old, too.

Currently I have several pieces I’m working through.  Most are easy enough pieces, but I’ve reached the point in all of them when the pattern must be written down, and that means resized, calculated, edited – all that stuff.

I could tell myself that I’m not good at this part, that it’s getting harder and I can’t do it anymore, but that would be a lie.  The truth is, I am tired of this part, so I’m being lazy about it, but that won’t get the work done.  Bus drivers get tired of getting up at 4:30am to drive that bus to get everyone else to work on time, but they still have to do it.

Recently a gifted tech editor I’d hired to look at some of my HoTN pieces threw her hands up at my insane and bizarre way I write my patterns.  I’m an odd one.  And she was entirely right.  But when I look at her notes on my patterns, I just can’t get my mind to work in that way.

I’ve been through this before with several patterns, most notably with my circular shrug.  The editors at Vogue just couldn’t get what I was going for – and I don’t know if I was as clear as I should have been.  So the pattern was written in 3 sizes and no one was really happy with it.  What I wanted to do was create a universal pattern which could be worked up in ANY size, and eventually I did that, but it took me quite a long time buried under the numbers and worksheets before I could emerge with the pattern.

This is the point I’m at with many of my HoTN patterns, and I need to either steele myself and just dive into the math, or accept that it’s beyond me.

If we’re very lucky we will be able to have a part of what we really love in our daily work-for-bread lives.  But the trade off is that we’ll hit phases when we begin to almost convince ourselves that we don’t love what we DO love.

The knitting I love.  The explaining what and how I’m doing in such a way that other folks can recreate what I’ve done, that’s so hard that my head hurts and sometimes I hate it.

Loving the effort, the hard effort, that’s my job for today.