I’m not a natural-born zombie lover, as many knitters seem to be. 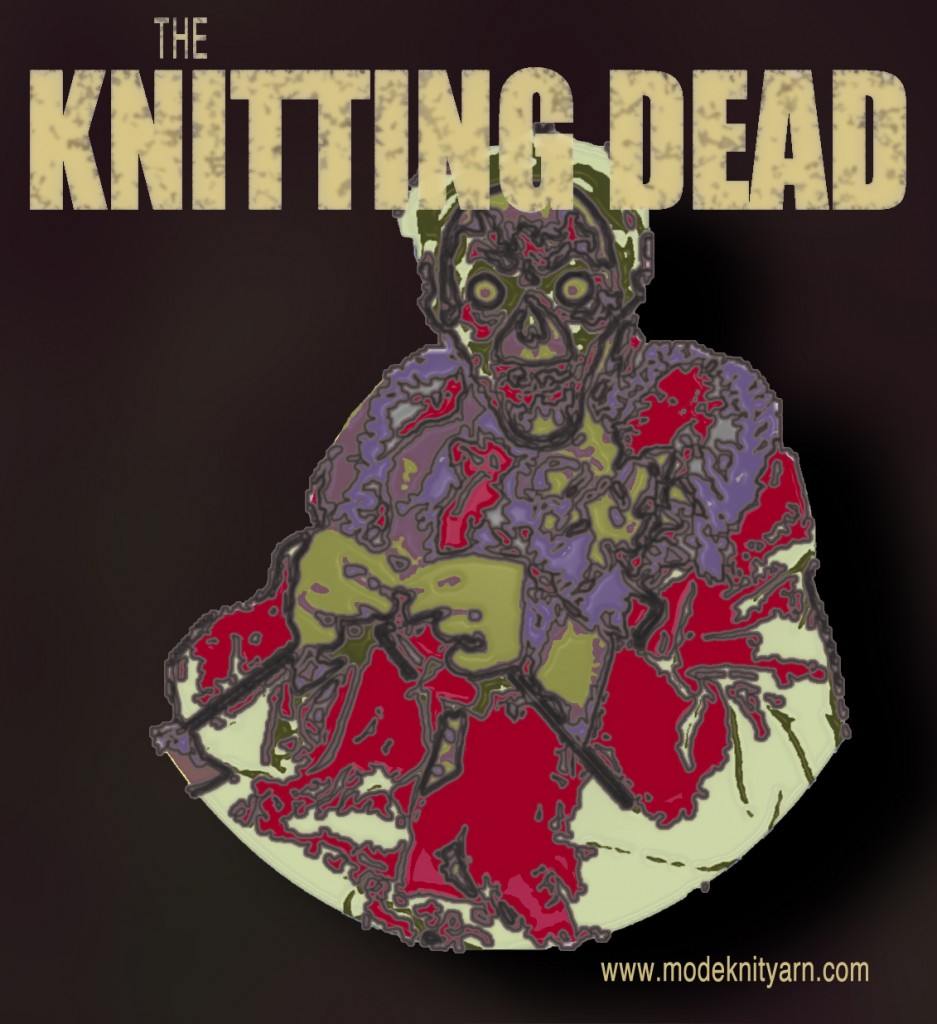 Perhaps it was my upbringing among fundamentalist Free Methodists (several of whom could have passed for Zombies, but let’s keep my father’s side of the family out of this)

So It took me a while to settle into a love of The Walking Dead.

My criteria for loving a TV show has—so far—been simple; No Sweaty Men.

This one rule has kept me safe from many testosterone laden series and bad reality shows. But evidently I have overcome my rule and have come to love TWD.

I think what swayed me toward TWD was the brilliant after-show, Talking Dead, which is hilarious and sweetly earnest, hosted by the incredibly charming Chris Hardwick (@nerdist on Twitter who also hosts @Midnight on Comedy Central after The Colbert Report M-Th.) Once I watched a few episodes of Talking Dead, I had to go back and see the entire Walking Dead from episode one. Lots of good knitting between the cringing and eye-gouging.

So here I am, loving this gory, zombie laden, not-very-logical TV show (why on earth did they not just head to an island in Season 1?) where there’s barely enough water to drink, let alone have a full bath.

One of my favorite scenes in the entire series is in episode 1, when Rick meets Morgan and Duane and takes them to the station house for a good, hot shower.
Yep, I love me a good ‘make-over’ montage! Give me CLEAN any day!

And, of all the places to look for inspiration for colorway, The Walking Dead is a hard one! But I’m up for the challenge. I’ll do it for Herschel (who I feel would have appreciated some good knitting!)

Each week I’ll bring out a new colorway based on a character, location or event from TWD which inspires me, and these will be available in all our ModeKnit Yarns (ModeSock, ModeLuxe & ModeWerk.)

I’ll be creating these colors each week, so join me as I strive to find some wooly beauty in the gory details of The Walking Dead!

And feel free to make suggestions, I’m all ears!