I wasn’t prepared to like Daryl Dixon as much as I do. He is easily my favorite character in The Walking Dead.

Daryl looked too much like many members of my family; unkempt, rough, a little shady, and probably out on parole.

But it took less than half an episode for me to see that he’s the pearl in his family clam shell.

Where his brother, Merle, was indignant and cruelly bossy, Daryl is slow to pass judgement. He is fully present at every moment he’s on screen (and remains vital to the action when he’s off screen.)

He is just THERE when folks need him; Daryl sees what needs to be done, does it, and expects nothing in return but freedom to do the job the way he sees fit.

I have no idea what the upcoming episodes hold in the way of pairings, but – as my 17-year-old daughter would say – I’d “ship” Daryl and Carol, they’d make a formidable couple.

And he is without a doubt the most loyal character on The Walking Dead; when Daryl has your back, he keeps your back.

The fact that he’s a total badass with a crossbow doesn’t hurt, either; the Robin Hood heartthrob of TWD!

Daryl’s the quiet muscle, the thinking wo/man’s redneck, and he’s proven to be a better friend, defender and father-figure than almost anyone else on the show.

Daryl Dixon is our Knitting Dead color of the week. It’s base is a neutral camo green/tan, with strong blood & gore red/brown overtones and just a bit of gold shining through.

The color would pair nicely with just about every other color in our series, and is available in all ModeKnit yarns, and can be part of any ModeKnit Kit. 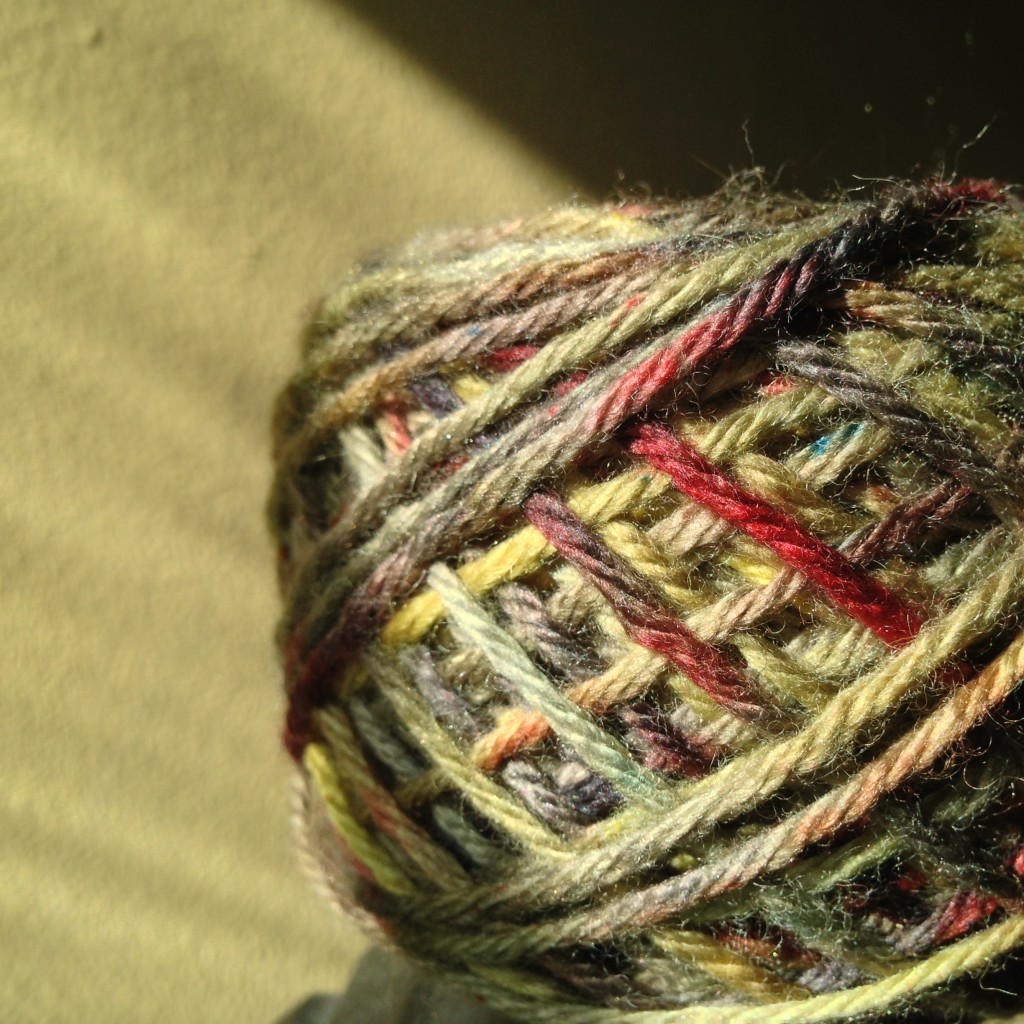