This whole “Cancer Discovery” episode has had an otherworldly air about it, springing from an ER experience last Monday.  We rushed over early in the morning because my back hurt so drastically I thought I would die.

Perhaps it was my heightened agony, perhaps it was the weeks leading up to the crisis that drove reason from my head, or perhaps it was just that I am a human who cannot take Ketamine, but after being given that horse tranquilizer I entered a hallucinogenic state that was, truly, the most horrifying frightening thing I’ve ever encountered.

I’m still having half-hallucinations, echoes of movement when I turn my head quickly, not certain if it’s a product of the opioids that I’m on, or a whisper in my head from the original dosage.

Pain management is KEY is my ability to keep my strength and focus to accept and allow my body to utilize the radiation and chemo I will receive, so it’s important that I’m able to take my array of 30 pills per day without fear.

The K-Hole
Apparently the kids take “Special K” for fun.
But kids are well-known to be idiots.

Monday morning, July 23, 2018: Upon arrival in the ER Nurse S and ER Doctor P administered Ketamine to control what felt like uncontrollable pain spasms across my back. I think the point was to knock me out quickly so they could get me into an MRI and figure out exactly WHAT was growing inside of me.  I don’t blame either of them, they were performing what they felt was a necessary and kind act, the relief of pain, so the diagnosis could continue.

But my reaction to the K was WAY beyond what anyone in the ER had witnessed before.

Within a minute of the infusion I felt my face separate from my body, floating several inches beyond where it lay just seconds before.  A wild array of purple began to fill the areas between my face, my shoulders, my skin, my arms; purple, soft foam. I was made of foam, it was seeping from my joints, pour out of eyes and the spaces between my fingers.

Looking around, I was unable to focus on anything real because the room was filling with foam SO quickly, emanating from me.  The walls began vibrating with a hum of lime green, edged with a fuchsia and white.  The colors were garish, broken and terrifying.

When I was a child I would sometimes experience synesthesia, a beautiful and compelling experience where when I would sing songs about numbers, I would SEE those numbers glowing like so many cut-out neon jello-molds of digits flying through the air.  It was wondrous, and fleeting, and I’ve always been sad that after about age of 6 or 7, I never saw these visual tricks again. My Special K trip had none of that joy or lightness.  Although the medium of my fantasy was foam, the intent of the hallucination was malignant.  Perhaps someone holding a malignant growth within their body experiences the Special K phantasm in this way?

I wish I could convey how sinister that damn foam was.  Insidious.  Killing.  And I was going to die.  I was certain of it, all I wanted to know was when.

I tried to communicate with Gerry and the nurse, apparently I was only able to get out the words, “Is this when I die?”, “Do I die now?  Just TELL ME!”

I can only imagine how freaked out Gerry was.  I could tell the nurse was beside herself, her sweet, large, comforting presence doubling itself in MORE purple foam as I tried to focus on her.  Focus was hard, when I’d stare at something it would disappear, only to reappear when I closed my eyes, and then begin to cover itself in foam all over again. 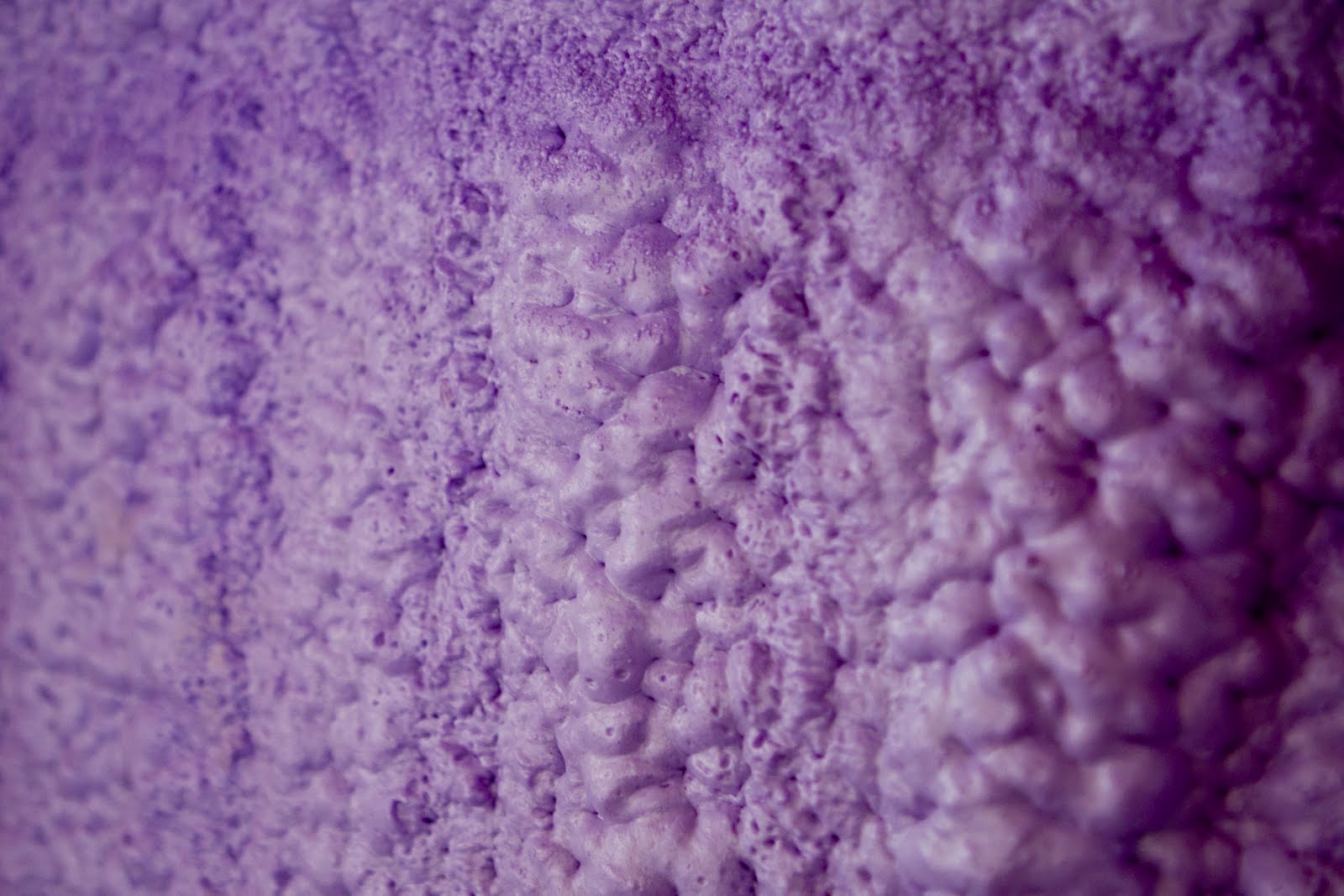 To the right of my center of vision a hole appeared.  Later I realized it was a mirror on the wall, but in my fantasy state it looked like a square pink hole glowing in the purple foam wall.  A channel of pink liquid—a canal—ran along the side of the examination table across the floor and up into the square hole.

In this canal sat a squarish pink boat, “Hot Magenta”, to be exact. And I felt compelled to get into that boat, knowing that if I did the boat would go through the hole, and I would be dead.

I struggled and pushed and roared NOT to be put into the boat.  I held Gerry’s hands SO tightly that I’m amazed I didn’t break them.  Through some insanity I reasoned that I could make myself better understood if I explained the situation in Korea (a language I do not speak.) 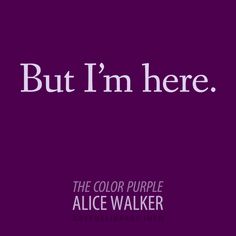 Around that time, roughly 30 minutes into the episode, I began to come back to myself.  I walked back through the foyer of my mind where I thought I would die, back through the front door that the Ketamine had opened, back into my own reality and out of the foam.

What did this hallucination mean?  I have no idea.  I don’t think I’m holding any great fear of Barney-The-Dinosaur in my heart, I have no great love OR fear of the color Purple, I love Alice Walker and grape jelly is an entirely beautiful thing.

With no further relief, I was wrapped in a blanket and slid into a MRI where my torso and back were imaged.

The pain was insane, I felt like a red-hot, swelling bullet in the barrel of a gun.  I was still experiencing visual ‘echoes’ of the foam, it crept into the MRI chamber, but squeezing my eyes closed was the best I could do to prevent the fear from invading my brain completely.

MRI finished, I was whisked (well, as quickly as a woman my size CAN be whisked) back into the ER where the doc came in, crossed his arms and said, perhaps a bit TOO cavalierly, “Well, I don’t think you have Fibromyalgia, I think you have Cancer.

The whole experience, from hypo of Ketamine through the glowing MRI tube to the declaration of cancer before a biopsy was complete left me feeling as though the floor had fallen beneath me.  I will be the first to admit that I’m a crier, I cry — as my grandmother would famously say — easier than I can piss. And it’s true.

But this deep, wrenching, sobbing keening coming from my throat was intense and animal.  I had no control over an anguish so deep it seemed the only response to such an intense sensory experience.

Later I learned that, although no biopsy had been done, the fact that I presented with three different types of metastasis (large spine tumor, lymph nodes, tiny neck tumors) made a diagnosis of cancer pretty much a given.

But, for the record, I DO have fibromyalgia.