When Gerry was diagnosed wth his OWN blood cancer (Multiple Myeloma) in April, 2007, we were new folks in a new state (Minnesota!) with a couple of great kids who were newly placed in their brand new schools.

Max was a 4th grader at Randolph Heights elementary, where he quickly found a place with new friends (our neighborhood was LOADED with boys just his age, and he created some wonderful friendships right off the bat.)

We felt lucky to get Andy a place at the Linwood A+ school, which had an arts focus, and she did okay there.  Few things are perfect, but it was a lovely school at a tough time in all of our lives, and it was nearby and filled with active, caring parents and teachers.  Really, what more could one really need?

Giving Care
And me? I felt like was running, running, running.  Every day more running, never finished with what needed to be finished, learning to let things go that simply didn’t matter as much as what might be on the horizon.

And THAT was our default mode for years.

Trying to find joy and opportunities for growth for the kids, seeking as little pain and as much hope for Gerry, and me? Just chasing down freelance gigs and jobs that would dovetail with my own duties as Gerry’s caregiver and pay our mortgage was enough of a daily grind for me. 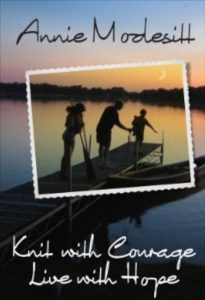 The spotlight that I knowingly focused on my family at this time has been debated online, folks have opinions about the wisdom/good taste of me writing and blogging about Gerry’s illness.

I took heart from the fact that Gerry seemed to love the blog, he was very happy with the book I wrote (basically the blog, plus extra bits) and I think he was proud of me.

We haven’t discussed it in so many words, but after 25 years of marriage, you have a sense of how your partner is accepting something, if you allow yourself to hear with your whole being.

Giving Joy
I was dedicated to not just getting THROUGH Gerry’s cancer journey, but to doing it with love and growth, passion and, yes, Joy.

A few years into our St. Paul adventure I signed up for a workshop at our local Public Access TV Station.  Max had been involved with them through an after-school-work program that the City of St. Paul had set up. Have I mentioned yet today JUST how livable and amazing our adopted town is?

SPNN, St. Paul Neighborhood Network, is an amazing resource, and given Max’s Television DNA* a perfect fit for him.  Watching him grow, and then seeing him learning to lead and teach other young people, THAT was the most amazing part of being a Mom during Max’s journey.

Andy moved in a direction totally new to any of us, which is exactly as it should be!  Once we were able to get both kids involved in the Breakthrough  Program, they found their places and just continued to grow.  We had to FIGHT to get Andy in, her teacher at the time was under the assumption that because, quite frankly, we were white, we had no place in the program.

So she withheld Andy’s application, and didn’t even send it in.  When we discovered this, I spent a few busy afternoons chasing down signatures and talking with program directors, and they promised that Andy would definitely be considered for the program.  Then we heard she was in, and we were so grateful!  It was the start of a very good chapter for both Max AND Andy, setting them up for success in high school and college.

At it’s heart, Breakthrough St. Paul (BSP) is a program designed to help kids who might fall through the cracks get on the right track and get into college.  Because of the topsy-turvey cancer life we’d been living, some days just feeling BARELY able to keep it together, the assistance that BSP lent us made a huge difference.

For Andy, perhaps the biggest milestone was a week-long canoe trip in the Boundary Waters of Minnesota.  This was arranged through BSP, the kids left from YMCA Camp Menogyn and happily paddled about for a week.

If I’d previously thought of Andy-and-the-outdoors at all, it was taking a bike ride, or a walk through the South Mountain Reservation (back in NJ.)  I did not expect the strong, formidable, brave and beautiful canoe goddess that began to emerge in place of my child.

Each year Andy’s canoeing exploits grew longer, until by high school’s end Andy and 4 other women embarked on an amazing 52-day, 2-canoe trip through the Canadian Arctic, led by brave and resourceful Becca (who eventually became our first “payroll” Part Time Dyer at ModeKnit Yarn!  We’re one big family!)

Each child growing so differently.  So much joy that brings.  Andy went to canoe camp, Max went to debate camp, and life is always an adventure.

Care Taker?
In the same way our kids grow independent, part of a family but also vastly different, Gerry and I have cancer journeys that seem to diverge into a yellow wood.

We’d debated the term—and kicked about the role—of caregiver between us.  When Gerry was at his low point, I was there.  But a few years later when I seemed struck with Fibromyalgia** our story turned inside out a bit and he cared for me SO beautifully.

Now that I’m fighting my OWN blood cancer (Stage 4 B-Cell Lymphoma) my ability to be a care giver is in question, and with the return of Gerry’s cancer last Fall (and the complications from his latest drug therapy, 2 heart attacks in March) Gerry caring for anyone other than Gerry is out of the question.

Gerry’s caring strength rests in comprehending and explaining the ins and outs of our insurance, and he does that VERY well. Ever family should be so lucky to have a steward like him watching out for the asshattery of Insurance Companies as they try to find ways to maximize profits.

<Rant>
We are DAMNED FORTUNATE to be living in Minnesota, where the government really DOES care whether it’s citizens have decent health coverage and, for the most part, refuse to play political games with our health.

This means that I don’t just have insurance, I have DAMNED GOOD insurance. When a state will allow it, the ACA WORKS!  When folks try to throw wrenches in the works simply to prove how much they hate Barack Obama, they do nothing but hurt their own citizens.  What on earth could be LESS patriotic that hurting American Citizens simply to win a political argument?

What I have is what EVERY AMERICAN deserves.  Freedom to pursue the healing plan that my doctor feels is right for me, and the right to question that, augment it, or change it.
</Rant>

But back to our family’s strategy for CANCER II, MOM’S TURN.  We’re still figuring it out.

Enter Andy
Fortunately I have a loving and willing caregiver in the form of Andy, just out of college, not yet employed, filled with love and capability!

In my condition, requiring help with several personal, intimate duties, I will most likely be permitted a PCA (Personal Care Assistant) and, if possible, I’m hoping we can make Andy that person.  I’ll get the help I need, Andy’ll have a paying job, and the school loans can start to get paid back!

Max will be returning to college soon, and I will miss him.  But at the same time, it’s got to be impossibly difficult for a young man to see his mom in such a physically debilitated state.  Moms & Sons, such a wonderful, yet delicate dance we do.

I don’t have a ton of pride, I’m more of a self-respect type of woman.  The nurses at my various procedures are constantly trying to tie up my gown, or throw another robe on me, scandalized by my milky white rear end  floating like a moon around my bed.

But I will cop to a certain pridefulness in front of my kids when I want to appear to be strong.  Once Max is back at school, I think I’ll be able to relax the standards a bit, not hold myself up quite so high, and I’m glad he won’t be here every day to see my fight through the chemo.

It’s a sad day when simply being CLOTHED is considered a high standard.

Tears
And now, just because I think it’s important for YOU to have a good, relaxing cry this Sunday morning, I bring you a lovely TV ad which features dogs, knitted dolls and love.  You’re welcome.

*Gerry and I have both worked in television, he as a producer-director, me in art & wardrobe departments. It seems we’ve passed this love on to Maxie.

**Did I have Fibromyalgia? DO I have it? Or was it this nascent tumor making itself known EVER THEN?